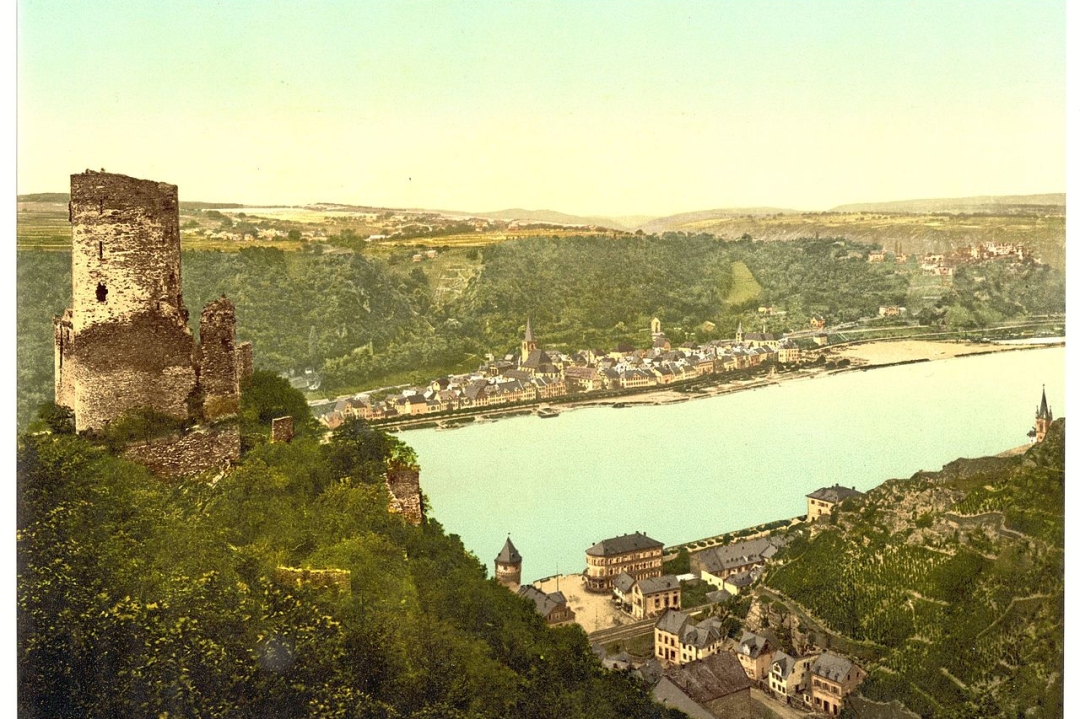 Cultural Industries along the Rhine: Nationalism versus Internationalism

During the last two centuries, the Rhine River became the foremost commercial inland waterway of Europe. Simultaneously, it has been noted that of all European landscapes the Rhine has been ‘the most heavily overlaid with cultural and political meaning.’ (Leerssen 2017). Its natural splendor, the presence of the many adjacent crumbling castles, picturesque cities, fertile soils and vineyards attracted artists, tourists and armies. Throughout the 19th and 20th centuries the Rhine became a source of pride, a promotor of cultural identity unifying regions whilst, at the same time, constituting a political boundary.

In 1935, Lucien Febvre wrote that during its entire history, the Rhine was sometimes a border, sometimes a highway and most of the time both.

The Rhine should, nonetheless, be seen not only as an important waterway and key location for the chemical and steel clusters, among others, but also as a structuring force for transnational cultural and creative industries. Clearly, the river, as a result of the rise of rich cities along its banks, facilitated the development of fashion and art markets. Moreover, the environment along the upper middle Rhine Valley was particularly suitable for vineyards. A large wine industry arose whereby the river functioned as a means of transport, serving consumers along the river and its tributaries, but also as the necessary source of fresh water. Finally, the Rhine was the cradle of Romanticism, giving rise to countless cultural expressions in painting, poetry and music, producing the very first industries in leisure and tourism, of which Baedeker’s travel guide empire is perhaps the most famous and certainly the first example.

The forthcoming 8th conference seeks to analyze the long-term impact on the Rhine Region of this interplay between a political-cultural environment of nationalism and internationalism on the one hand and the cultural industries on the other. It hypothesizes that these industries along the Rhine have been a powerful source of convergence in cultural expressions along the river. Central questions are: How did the cultural industries along the Rhine take shape – is this an early example of a cultural and creative ecosystem? Was it these industries that created (aspects of) this transnational Rhine culture, or did the political-cultural environment mostly determine where and how these industries could develop? When did the river constitute more of a cultural border rather than a unifier and what role did business play? To explore this long-term development of the Rhine region three creative industries have been selected: i.e. the wine, fashion and tourist industries. An additional two themes – security cultures, and internationalism – will provide the necessary conceptual tools to analyze this development over the long run.

From the outset in 2009, the organizers have ventured to build a transnational network of scholars interested in the history of the Rhine. Initially consisting of scholars from countries along the Rhine and its delta, the Transnational Rhine Network gradually expanded to comprise scholars from all over the world, including Britain, Japan, and the US. The organizing committee has invited an international group of scholars to present their papers and others to discuss these. However, all those interested in participating in the discussion are encouraged to do so.

< Back to all NEWS